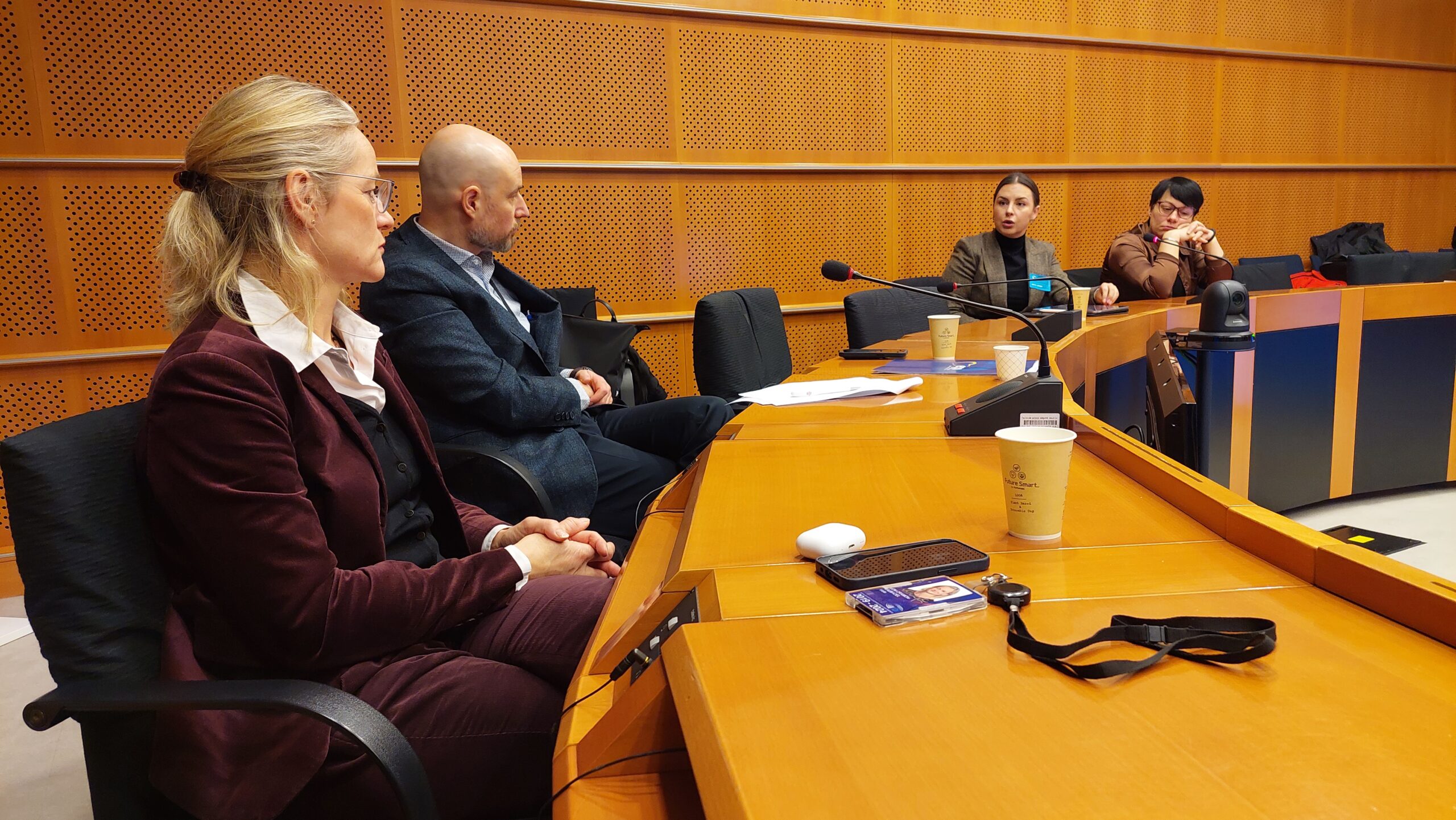 A delegation of civil society from Kosovo and Serbia had the opportunity to meet key interlocutors from various EU institutions in Brussels.

A delegation of civil society from Kosovo and Serbia had the opportunity to meet key interlocutors from various EU institutions in Brussels. Members of the Kosovo-Serbia Rapid Response Mechanism presented ideas about the role civil society can play given the current tensions on the ground and hopes for a comprehensive agreement between Belgrade and Pristina.

The delegation met with the respective rapporteurs for Kosovo and Serbia, Ms. Viola von Cramon-Taubadel and Mr. Vladimír Bilčík, plus the team of the EU Special Representative for the Belgrade-Pristina Dialogue, Miroslav Lajčák. They also met with officials from the Directorate-General for Neighbourhood and Enlargement Negotiations (DG NEAR) and the European External Action Service (EEAS).

Of note, several interlocutors spoke of a sense of momentum that apparently exists within member states regarding the EU enlargement process. This comes as something of a surprise given the profound feeling in the Western Balkans that accession is stalled. Regular perception surveys show growing ambivalence towards the EU path, particularly in Serbia, reenforcing the need for a more strategic approach to communications to reassert not only the European perspective, but to reiterate that the EU remains the region’s largest donor and trading partner.

The participants – whilst acknowledging the need for confidentiality during negotiations – raised concerns about the lack of transparency regarding both the structure and content of the Belgrade-Pristina dialogue. They proposed to engage with their respective governments to request that more information be placed into the public domain. Furthermore, concerns were raised about the dilution of reporting on Chapter 35, covering the normalisation of relations between Serbia and Kosovo, particularly the intermediate benchmarks.

The participants also reiterated that civil society should be seen a resource and an ally both in the dialogue and in broader reform processes. With the relations in specific communities, civil society offers early warning capabilities that can help identify specific grievances and help reduce the scope for misunderstandings by relaying perspectives around an issue from local actors.

The civil society organisations reaffirmed their commitment to complementing and amplifying messages that are grounded in the need for compromise, confronting their own governments where needed to challenge specific narratives about some aspect of the Belgrade-Pristina dialogue. This was deemed increasingly imperative due to recent tensions in north Kosovo, including the deployment of Special Operations Units and the resignation of Kosovo Serbs from Kosovo institutions, and discussions regarding a comprehensive agreement between Serbia and Kosovo.

The Kosovo-Serbia Rapid Response Mechanism will continue to meet on a quarterly basis to formulate joint approaches to the problems affecting communities in Serbia and Kosovo. In addition, they will meet on an ad hoc basis as when required to, for instance, voice their concerns about a particular instance of divisive rhetoric or an event that threatens to harm the very environment in which dialogue is taking place.